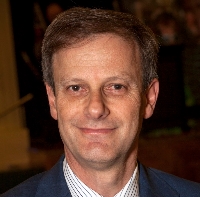 The year has already brought with it a mixture of sadness and joy as we remember and celebrate the life of Ariel Sharon, a founding father of the State of Israel. Voices have risen in tribute around the world to the commander and leader. We recall a man of great courage, an architect and protector of the state of Israel.

It also serves as a reminder to us of those men and women who were responsible for the establishment of our Jewish state. We recall the challenges and accomplishments both past and present Israel faces as we re-affirm our commitment and connection to our homeland.

The Zionist Federation of Australia is dedicated to bringing eminent Israeli’s to Australia so we can access first-hand information and strengthen ties between our two countries. At our Biennial Conference on the 30th March, I will be retiring as President after eight  fulfilling years and for that event we are very pleased to announce the incredible speakers who will be attending:-

Natan Sharansky, Chairman of the Executive of the Jewish Agency will be our guest together with the UIA at not only the Biennial but communal events in both Melbourne and Sydney. Sharansky was born in the Soviet Union to a Jewish family in 1948. He was a chess prodigy who graduated with a degree in Applied Mathematics from Moscow. Sharanksy was one of the foremost dissidents and spokesman for Soviet Jewry. Arrested in 1977 he spent years in the notorious prison camp in the Siberian gulag. He arrived in Israel in 1986 and was greeted by then Prime Minister Shimon Peres.  He is one of the most famous Soviet refusniks, an Israeli politician, author and human rights activist.

Yariv Levin is an Israeli politician, born in 1969 and a lawyer by profession, he currently serves as coalition chairman and the Likud-Beytenu faction in the Knesset. Levin served in the IDF Military Intelligence as an expert on Arabic language. He is married with three children and lives in Modiin. Levin is being brought out by Likud Australia and Betar and will be participating at events in both Sydney and Melbourne. He is also here to officially open the new Betar Maon in Melbourne.

In February, Natalie Shnaiderman will be in Australia. She works for JAFI (Jewish Agency For Israel) as the Director of Development & Activities in North America and Australia, Unit for Russian Speaking Jewry. Together with our first shlicha for the Russian community Sasha Klyachkina they will be hosting a number of events in Sydney and Melbourne including a Russian speaking young adult leadership seminar. We are all very motivated by the progress being made in the Russian Jewish community, which makes up 20% of Jewry in Australia.

It promises to be an exciting year for the ZFA with many events, extraordinary speakers and opportunities to look forward to and we invite and welcome you to share them with us.

Read all about our new faces in the ZFA community

Go to Israel for free

Save the date: Purim Parties are coming up

Statement on Rabin Motion in the Senate