Israel in the News

The past two weeks have seen Israel receive more than the usual amount of press in mainstream media. The Four Corners broadcast on ABC, 10th February created significant anti-Israeli sentiment. This was most notably witnessed through social media on Twitter and Facebook. 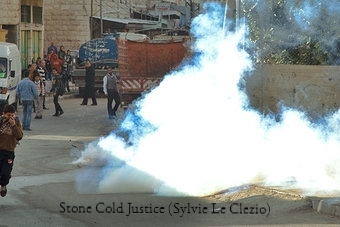 Philip Chester represented the ZFA along with other communal leaders in the community in defence of Israel. The underlying sentiment is there was a clear bias in the broadcast, which failed to address many of the key issues. Chester says: “The Four Corners program aired on ABC was highly emotive and one-sided. It only depicted the allegations in line with the Palestinian position and made absolutely no attempt to report the facts presented to the court or the difficult legal realities on the ground.”

The situation in the West Bank is not an easy resolve, there are many concerns that need to be addressed by all parties, as Chester went on to say: “If it is objectively established that youth in detention are not being appropriately treated, then Israel should improve its practices. This is something the Israel justice system is emphatically committed to.’’The ZFA received emails and phone calls in support from the community, which we highly value. The common question was ‘how do we help?’ The ZFA have released a number of advocacy reports that address these issues, we invite you to read them here and continue to show your support for Israel.

In other news we say farewell and thank you to Lee Rubenstein our Habonim and Community Shaliach in Perth and extend a very warm welcome to Leon Schneider, a former Perth boy who has returned home for a few years to fulfill this role. We look forward to introducing him properly in our next newsletter and are very excited to have him fulfill this role here.